Thanks to Lucy Maud Montgomery and a certain fictional character named Anne, Cavendish, 40 kilometers northeast of Charlottetown, is Prince Edward Island’s most popular tourist destination. Unfortunately, those who come here expecting to find a bucolic little oasis of tranquility will be sorely disappointed. The once-rural Cavendish area has become a maze of theme parks, fast-food outlets, and souvenir shops in parts, and the village has repositioned itself as an official resort municipality to try to grapple with fame. To dedicated readers of Montgomery’s sentimental books, the village’s lure is emotional. For others—those who don’t know Anne of Green Gables from Anne Frank—it might best be avoided. Still, if you end up here and are looking for something to do, you’ll have a multitude of choices—including heading into adjacent Prince Edward Island National Park, golfing at Green Gables Golf Course, or browsing through crafts shops.

Montgomery portrayed rural Cavendish as an idyllic “neverland” called Avonlea, imbued with innocence and harmony. Beyond the crass commercialism, as you drive the rambling red-clay lanes and walk the quiet woods, meadows, and gulf shore, you’ll have to agree that the lady did not overstate her case. The most pastoral and historic places are preserved as part of Prince Edward Island National Park. Cavendish itself is home to two important Anne attractions, while others dot the surrounding countryside.

Located on the west side of the Route 6 and Route 13 intersection, Green Gables Heritage Place (902/963-7874; May-Oct. daily 9am-5pm; adult $8, senior $7, child $4) reigns as the idyllic hub of a Montgomery sightseeing circuit. The restored 19th-century farmhouse, once home to Montgomery’s elderly cousins and the setting for her most famous book, Anne of Green Gables, is furnished simply and stolidly, just as it was described in the novel. A fire in 1997 badly damaged portions of the house, but repairs commenced immediately, and within a couple of weeks the landmark was back in perfect condition. Among other memorabilia in the pretty vintage setting are artifacts such as the author’s archaic typewriter, on which she composed many well-loved passages. Period-style gardens, farm buildings, and an interpretive center and gift shop complete the complex. From the grounds, the Balsam Hollow and Haunted Woods trails feature some of Montgomery’s favorite woodland haunts, including Lover’s Lane.

Montgomery spent much of her childhood living with her grandparents in a small home one kilometer east of Green Gables Heritage Place. “I wrote it in the evenings after my regular day’s work was done,” she recalled of her most famous novel, “wrote most of it at the window of the little gable room that had been mine for many years.” While the main building is long gone, the stone cellar remains. Surrounded by a white picket fence and by apple trees, it has been converted to a small museum and bookstore (Rte. 6, 902/963-2231; mid-May-mid-Oct. daily 9am-5pm, July-Aug. daily 9am-6pm; adult $3, child $1) operated by Montgomery’s descendants, who live at the end of the road.

Montgomery is buried in the nearby Cavendish Cemetery, at the corner of Route 6 and Route 13.

Lucy Maud Montgomery, known and beloved around the world as the creator of Anne of Green Gables, was born at New London, Prince Edward Island, in 1874, a decade after the Charlottetown Conference. When she was only two, her mother died and her father moved to western Canada. Maud, as she preferred to be called, was left in the care of her maternal grandparents, who brought her to Cavendish.

Cavendish, in northern Queens County, was idyllic in those days, and Montgomery wrote fondly about the ornate Victorian sweetness of the setting of her early years. As a young woman, she studied first at the island’s Prince of Wales College and later at Dalhousie University in Halifax. She then returned to the island as a teacher at Bideford, Lower Bedeque, Belmont, and Lot 15. In 1898, her grandfather’s death brought her back to Cavendish to help her grandmother. The idea for Anne of Green Gables dated to her second Cavendish stay, and the book was published in 1908. In 1911, Montgomery married the Reverend Ewen MacDonald at her Campbell relatives’ Silver Bush homestead overlooking the Lake of Shining Waters. (The Campbell descendants still live in the pretty farmhouse and have turned their home into a museum.) The couple moved to Ontario, where Montgomery spent the rest of her life, returning to PEI only for short visits. But Maud never forgot Prince Edward Island. Those brief revisitations with her beloved island must have been painful; after one trip, she wistfully recalled in her journal:

“This evening I spent in Lover’s Lane. How beautiful it was—green and alluring and beckoning! I had been tired and discouraged and sick at heart before I went to it—and it rested me and cheered me and stoleaway the heartsickness, giving peace and newness of life.”

Montgomery died in 1942 and was buried in Cavendish Cemetery. She left 20 juvenile books and myriad other writings. Her works have been published worldwide, translated into 16 languages. In Japan, Montgomery’s writings are required reading in the school system, which accounts for the island’s many Japanese visitors.

Montgomery wrote for children, and she viewed Cavendish and Prince Edward Island with all the clarity and innocence that a child possesses. Her books are as timeless today as they were decades ago. Some critics have described Montgomery’s writings as mawkish. Contemporary scholars, however, have taken a new look at the author’s works and have begun to discern a far more complex style. The academic community may debate her literary prowess, but no matter—the honest essence of Montgomery’s writings has inspired decades of zealous pilgrims to pay their respects to her native Cavendish. To islanders, she is Lucy Maud, their literary genius, on a first-name basis. 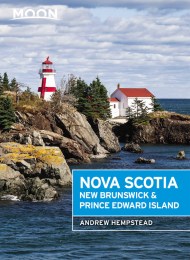