Slung below the underbelly of Artemisa Province in the shallow Golfo de Batabanó is Isla de la Juventud, the largest of Cuba’s offshore islands and one with an intriguing history. Scattered across the ocean to the east are 350 or so isles and cays that make up the Archipiélago de los Canarreos. Together they make up the special municipality of Isla de la Juventud.

Isla de la Juventud (Isle of Youth, so named for the erstwhile socialist experiment of International Youth Brigades), about 100 kilometers south of the mainland, receives relatively few visitors and is sparsely populated. The island was once smothered with native pine and previously called the Isle of Pines. The island’s appeal lies in some of the finest diving in the Caribbean, several historical sites of importance, and untapped nature reserves. The entire southern half of Isla de la Juventud comprises brush and marsh that harbor wild boar, deer, jutías, and Crocodilus rhombifer, the endemic Cuban crocodile that is aggressive from the moment it emerges from its egg.

Most of the islands of the 160-kilometer-long Archipiélago de los Canarreos necklace are girt by beaches of purest white and haloed by barrier reefs guarding bathtub-warm waters. For now, tourism development is limited to Cayo Largo, the easternmost island and the only one accessible from the mainland.

Besides their spectacular beaches, the cays are a scuba diver’s delight. In addition to astounding coral formations, some 200 shipwrecks have been reported in the Canarreos. The Nueva España treasure fleet, for example, foundered in 1563 on the reefs between Cayo Rosario and Cayo Largo. One of the best sites is Cabeza Sambo, 70 kilometers west of Cayo Largo. Over 800 species of fish gambol among the exquisite coral.

The cays shelter tens of thousands of seabirds, including crab-eating sparrow hawks; fishing orioles, cormorants, and pelicans; and egrets, majestic white and black herons, and other stilt-legged waders. Marine turtles are always in the water, particularly during the nesting seasons, when females lay their eggs above the high-water mark. 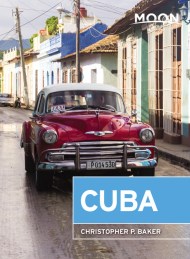