The singular arrangement of restored Civil War-era homes, a walkable neighborhood with a wealth of attractions, and proximity to downtown and public transportation has made Ohio City fertile ground for bed-and-breakfasts.

Despite its petite size, this picturesque neighborhood boasts three privately operated urban inns, each with its own charms, quirks, and stories to tell. Less than a mile from Public Square, Ohio City is close to downtown’s major offerings. But the area’s narrow lanes, leafy canopies, and distinctive architecture can make it feel a million miles—and years—away from big-city life. The neighborhood’s main drag is loaded with enough bars, restaurants, and shops to keep one pleasantly occupied for days (and nights). A nearby light-rail stop makes for a breezy trip to the airport, downtown, or points east.

The largest of the bed-and-breakfasts is Stone Gables, a roomy Queen Anne Victorian with a welcoming double-stair front porch and festive color scheme. Partners Richard Turnbull and James Hauer do triple duty as hosts, chefs, and tour guides at this gay-friendly inn.

Bridge Avenue is one of the most aesthetically pleasing stretches of Ohio City, and it is home to two of the area’s four inns. J. Palen House, the relative newcomer, gracefully straddles the line between antiquity and modernity. Long a flophouse, the 1872 Victorian features original floors, doors, and stained-glass windows. Yet, it also boasts wireless Internet, a fully outfitted business center, and an eager-to-please innkeeper. Additional nearby properties now provide even more overnight options, and there’s even talk of the innkeepers opening a nearby bistro.

Just around the corner, Clifford House might be the homiest inn of them all. Innkeeper Jim Miner lives here with his pets, and there is nothing like a warm slobber from a happy puppy to remind us why we sidestepped that big, anonymous hotel in the first place. 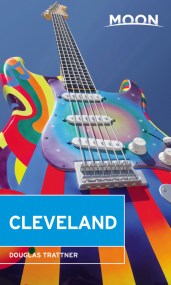 Immerse yourself in an evolving city with Rust Belt roots and a young, creative spirit.