The Pennsylvania Dutch (also called Pennsylvania Germans or Pennsylvania Deutsch) are descendants of early German immigrants to Pennsylvania who arrived in droves, mostly before 1800, to escape religious persecution in Europe. Like so many other persecuted groups, they came for William Penn’s promise of religious freedom. Today, most speak a variation of their original German language, as well as English, and they are made up of Amish, Mennonite, Lutheran, German Reformed, Moravian, and other groups that share some beliefs while differing in others. While there are other communities living in many parts of the United States and Canada today, the largest settlement is here in Pennsylvania, concentrated in and around Lancaster County.

It is unusual in the United States for the people and culture to be the primary tourist draw, as it is in the area often referred to as Amish Country, but it is no surprise that visitors want to witness a lifestyle so different than their own. Observing the culture, free from modern technology like telephones, computers, and cars, offers a window into a time long past. And while many local Pennsylvania Dutch welcome and have come to rely on the tourist industry for their livelihood, it is important to also be respectful of their privacy; remember that they are real people going about their daily lives. It is important for all visitors to know that among their many beliefs, most Pennsylvania Dutch do not believe in having their photograph taken, as they believe it is a sign of vanity.

The many different sects of Pennsylvania Dutch vary from strict followers of the Old Order to more modern groups who have allowed certain aspects of modernity into their lives. Some do not use battery-powered electronics, while others now use phones or cars. Some do not allow phones in their home but have them in their place of business, as it can be essential to making a living. Each sect has its own rules, ranging from guidelines for dress and hair length to buggy styles and farming techniques. Most Pennsylvania Dutch wear traditional clothing that is simple, unadorned, and made by hand. Jewelry is not worn—not even wedding bands; unmarried men are usually clean-shaven while married men have beards to distinguish them. The Amish are generally averse to anything that could chip away at the family or close-knit community structure, which is of the highest importance. This includes most modern technology as well as education beyond the eighth grade, which they feel can lead to unnecessary egoism and separation. Mennonites hold many of the same beliefs but tend to be somewhat less conservative in dress codes and in the use of technology.

It would take an entire book to delve into the fascinating heritage of the Pennsylvania Dutch and the unique code the different groups live by, but there is no better way to get a glimpse into their unusual way of life than to visit the area. You’ll learn much through your own observation and through the many museums and sites dedicated to preserving local culture. Most Pennsylvania Dutch tour guides are very open and willing to answer any questions. Many constantly have to reassess their beliefs and choose what to incorporate from the modern world without sacrificing their core values. It is best not to generalize, as every family and sect is different. Times have changed, and continue to change, for the Pennsylvania Dutch, if at a much slower pace than for the rest of the world. 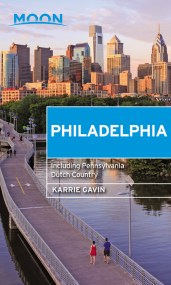