"Dalton has delivered a tender story spiced with thrilling suspense."—Bookpage
NEVER SURRENDER TO A SCOUNDREL:

"With her knowledge of the era and talent for keeping readers immersed in her characters, Dalton delivers a wonderful story. Her pairing of an honorable hero, beset by a shade from his past, with a desperate heroine facing scandal is captivating, and the right amounts of poignancy and sensuality will entice readers."
--RT Book Reviews
"4 stars! In the second of the One Scandalous Season series, Dalton stirs the plot with sensuality, mistaken identity, danger, a woman's risk of scandal and a man's vow of retribution, and blends it all in this very touching love story."—RT Book Reviews on Never Entice an Earl
RAVE REVIEWS FOR LILY DALTON'S NEVER DESIRE A DUKE:

"Dalton's Regency debut resonates with real feeling...Unlike some one-note tortured heroes, Vane is sincere and appealing. Sophia's pain is very real, and every interaction is fraught with honest emotion. As they struggle to recapture their romance, readers will feel deep sympathy with both characters and hope for them to find happiness."
--Publishers Weekly starred review
"The first in Dalton's One Scandalous Season series grabs the reader's emotions in an intensely passionate love story, filled with misunderstandings, past indiscretions, trust and forgiveness. But, for all the intensity, this gifted storyteller also deftly lightens the mood in a very well-written and satisfying read by adding a few zany characters bent on mischief and mayhem."
--RT Book Reviews
"Never Desire a Duke is a terrific debut novel-it reminded me of Lisa Kleypas' most memorable novels with a to-die-for hero and a lovely but heartbroken heroine. It's an intensely beautiful, moving story (but it does have its funny moments) and you won't be able to help yourself-you'll be rooting for them to get back together."
-EverAfter.com.au
Read More Read Less 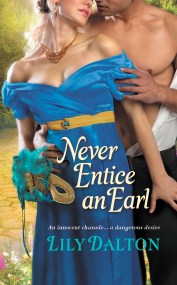 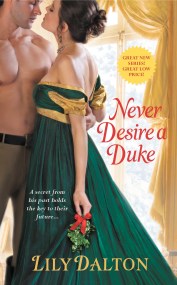