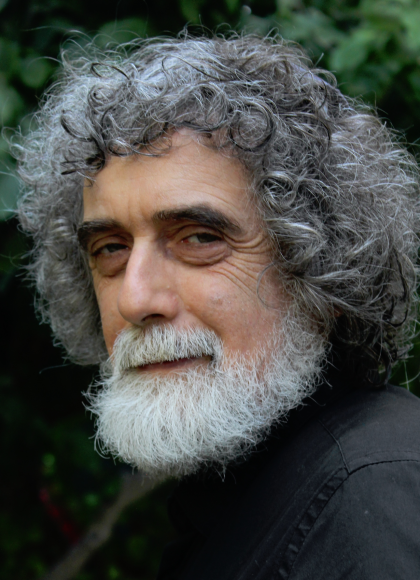 Gershom Gorenberg is a historian and journalist who has been covering Middle Eastern affairs for over 35 years.

His latest book, War of Shadows, began with a conversation in Jerusalem that set off years of searching through archives for long-secret documents, though attics for lost papers, through streets in Cairo, Rome, London – endless days and nights of seeing facts unravel and new ones take shape in place of them, of following one lead to another to find someone who remembered the mysterious woman at Bletchley Park who discovered Rommel’s source in British headquarters in Cairo – an obsessive hunt that led to the real story of how the Nazis came within an inch of conquering the Middle East.
Gorenberg was previously the author of three critically acclaimed books – The Unmaking of Israel, The Accidental Empire, and The End of Days – and coauthor of Shalom, Friend: The Life and Legacy of Yitzhak Rabin, winner of the National Jewish Book Award.
Gershom is a columnist for The Washington Post and a senior correspondent for The American Prospect. He has written for The Atlantic Monthly, The New York Times Magazine, the New York Review of Books, The New Republic, and in Hebrew for Haaretz. He will return to the Columbia Graduate School of Journalism in 2021 to teach the workshop he created on writing history.
He lives in Jerusalem with his wife, journalist Myra Noveck. They have three children – Yehonatan, Yasmin and Shir-Raz
Discover More