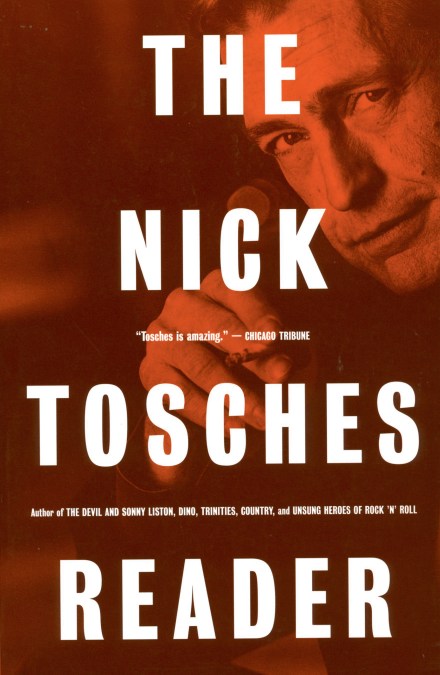 by Nick Tosches
Newsday has said that Nick Tosches “casts brilliant black light.” The San Diego Reader has said that “Tosches’s best sentences uncoil like rattlesnakes and strike with a venom that spreads poison through all the little Sunday-school ideas you’ve held dear.” And Rolling Stone has said that “Tosches can write like a wild rockabilly raveup. He can be elegant as a slow blues.” The Nick Tosches Reader is the author’s own selection of his best work over the past thirty years, including fiction, poetry, interviews, rock writing, investigative journalism, and criticism. First published in major magazines, obscure underground periodicals, and his own best-selling books, many of these selections deal with rock ‘n’ roll and cultural icons—but there are also pieces on everything from William Faulkner to organized crime to heavyweight boxing, including the Vanity Fair feature that gave rise to Tosches’s major new book on Sonny Liston, published by Little, Brown. Here is “a unique and darkly impressionistic cultural history” of the last three decades as only Nick Tosches could write it. 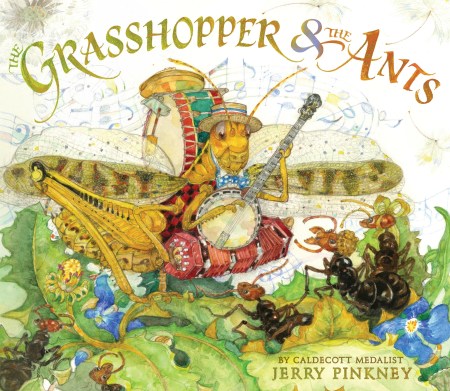 The Grasshopper & the Ants

by Jerry Pinkney
This magnificent rendition of a classic Aesop fable by a Caldecott Medal-winning artist teaches children: Don’t put off for tomorrow what you can do today!
In this stunning companion to the Caldecott Medal-winning The Lion & the Mouse and the highly acclaimed The Tortoise & the Hare, a playful grasshopper wonders why the busy ants around him won’t join in his merrymaking as the seasons pass by. But when winter arrives, he soon sees the value of his friends’ hard work–just as the ants learn the value of sharing what they’ve worked for. Featuring a striking, surprise gatefold page, this third book in Jerry Pinkney’s gorgeous trilogy of picture book fables subtly shows the pitfalls of procrastination.
Don’t miss these other classic retellings by Jerry Pinkney:
The Lion & the Mouse
The Tortoise & the Hare
The Three Billy Goats Gruff
Little Red Riding Hood 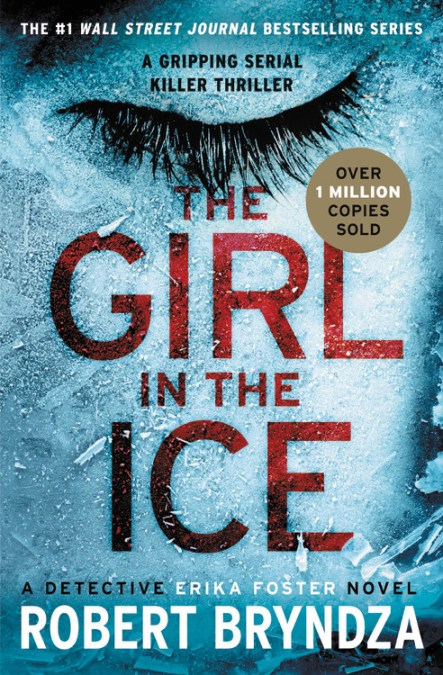 The Girl in the Ice

by Robert Bryndza
A young London socialite is brutally murdered by a notorious serial killer in this “compelling” page-turner of dark secrets and deadly investigations (NYT bestselling author Jeffrey Deaver).

Her eyes are wide open. Her lips parted as if to speak. Her dead body frozen in the ice . . . she is not the only one.
When a young boy discovers the body of a woman beneath a thick sheet of ice in a South London park’s pond, Detective Erika Foster is called in to lead the murder investigation. The victim appeared to have the perfect life — what dark secrets is the girl in the ice hiding?
When Erika begins to dig deeper, she starts to connect the dots between the murder and the killings of three prostitutes. All were found strangled, hands bound and dumped in water around London. As she inches closer to uncovering the truth, the killer is closing in. With her failing career hanging by a thread, Erika must now battle her own personal demons as well as a killer more deadly than any she’s faced before. But will she get to him before he strikes again? 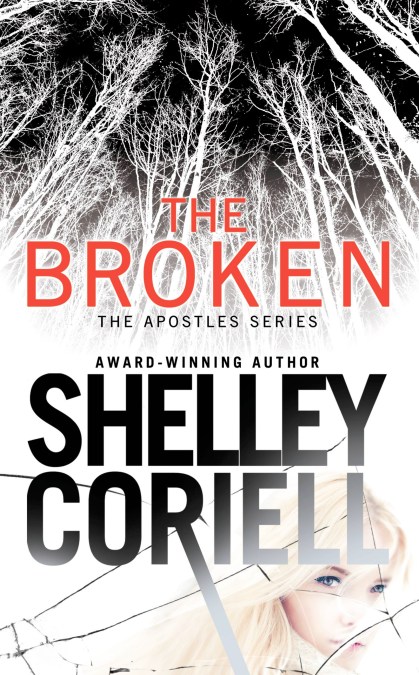 by Shelley Coriell
He took her life, but left her alive.

Three years ago, reporter Kate Johnson was the first victim-and only survivor-of the Broadcast Butcher. Scarred both physically and psychologically by the brutal serial killer, Kate lives life on the run, knowing that one day, he will find her and finish what he started.

In the pursuit of justice, you sometimes have to step outside the law.

Agent Hayden Reed spends his life chasing monsters. The only way to stay sane is to detach, but the second the Broadcast Butcher case crosses his desk, Hayden knows this is the case that might just cost him his soul. To catch this vicious murderer before he strikes again, Hayden must find Kate and earn her trust. For it’s her darkest secrets that hold the key to stopping this madman once and for all . . . 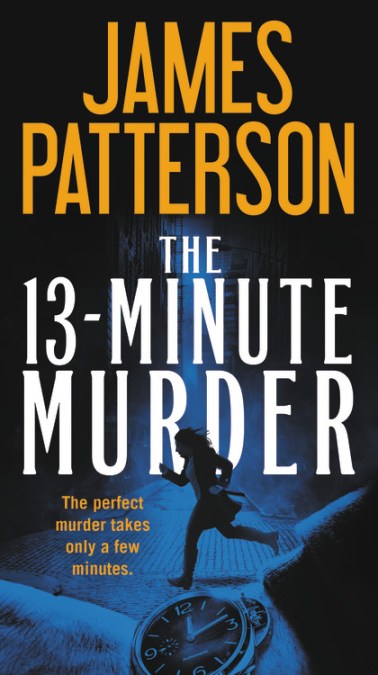 by James Patterson
A psychiatrist, a mother, and an expert hitman each race against time in these three fast-paced thrillers from the world’s #1 bestselling writer, James Patterson.
Dead Man Running: Psychiatrist Randall Beck specializes in PTSD cases — and his time is limited. Especially when he uncovers the plot to kill a presidential candidate.
113 Minutes: Molly Rourke’s son has been murdered — and she knows who’s responsible. Now she’s taking the law into her own hands. Never underestimate a mother’s love.
13-Minute Murder: Michael Ryan can kill anybody in just minutes — from the first approach to the clean escape. His skills have served him well, and he has a grand plan: to get out alive and spend his earnings with his beloved wife, Maria.
An anonymous client offers Ryan a rich payout to assassinate a target in Harvard Yard. It’s exactly the last big job he needs to complete his plan. The precision strike starts perfectly, then somehow explodes into a horrifying spectacle. Ryan has to run and Maria goes missing. Now the world’s fastest hit man sets out for one last score: Revenge. And every minute counts. 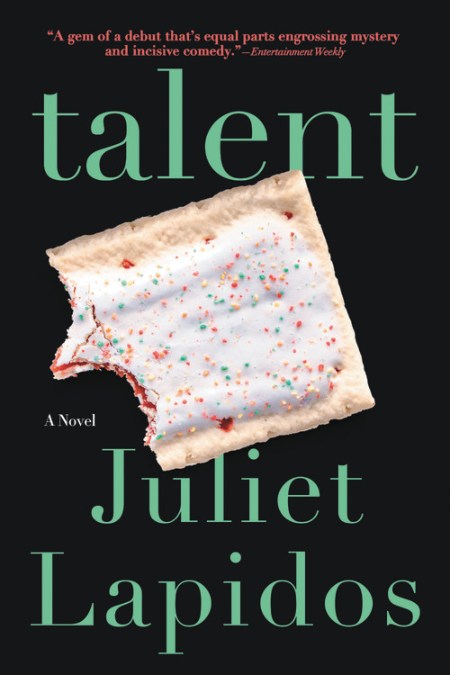 by Juliet Lapidos
In this “deliciously funny, sharp, and sincere” debut (Helen Oyeyemi), a young graduate student writing about — and desperately searching for — inspiration stumbles upon it in the unlikeliest of places.
Anna Brisker is a twenty-nine-year-old graduate student in English at Collegiate University who can’t seem to finish her dissertation. Her project: an intellectual history of inspiration. And yet, for the first time, Anna has found herself utterly uninspired. Rather than work on her thesis, she spends her days eating Pop-Tarts and walking the gritty streets of New Harbor, Connecticut.
As Anna’s adviser is quick to remind her, time is running out. She needs the perfect case study to anchor her thesis, and she needs it now. Amid this mounting pressure, Anna strikes up a tenuous friendship with the niece of famous author Frederick Langley. Freddy wrote three successful books as a young man, then published exactly nothing for the rest of his wayward, hermetic life. Critics believe Freddy suffered from an acute case of writer’s block, but his niece tells Anna that there’s more to the story: When he died, he was at work on something new.
With exclusive access to the notebooks of an author who was inspired, uninspired, and potentially reinspired, Anna knows she’s found the perfect case study. But as fascination with Freddy blooms into obsession, Anna is drawn irrevocably into the criminal machinations of his sole living heir.
A modern twist on the Parable of the Talents, Lapidos’s debut is a many-layered labyrinth of possible truths that reveal at each turn the danger of interpreting another person’s intentions — literary or otherwise.
One of the Most Anticipated Books of the Year — LitHub, The Millions, Thrillist, Entertainment Weekly 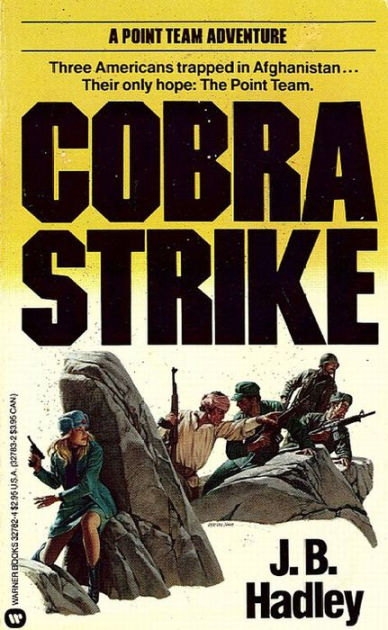 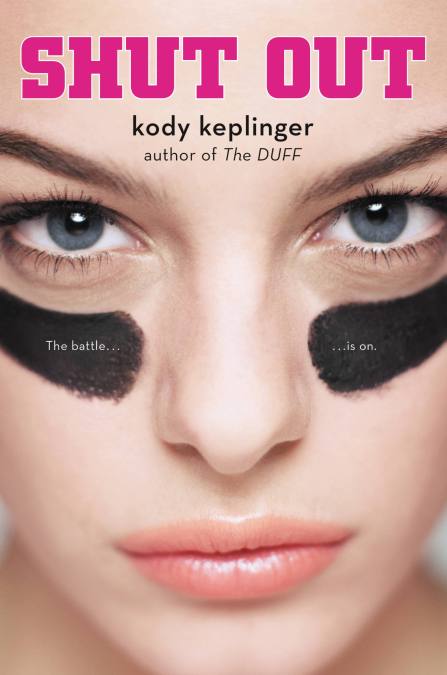 by Kody Keplinger
The battle of the sexes is on.
Most high school sports teams have rivalries with other schools. At Hamilton High, it’s a civil war: the football team versus the soccer team. And for her part,Lissa is sick of it. Her quarterback boyfriend, Randy, is always ditching her to go pick a fight with the soccer team or to prank their locker room. And on three separate occasions Randy’s car has been egged while he and Lissa were inside, making out. She is done competing with a bunch of sweaty boys for her own boyfriend’s attention.

Lissa decides to end the rivalry once and for all: She and the other players’ girlfriends go on a hookup strike. The boys won’t get any action from them until the football and soccer teams make peace. What they don’t count on is a new sort of rivalry: an impossible girls-against-boys showdown that hinges on who will cave to their libidos first. And Lissa never sees her own sexual tension with the leader of the boys, Cash Sterling, coming. 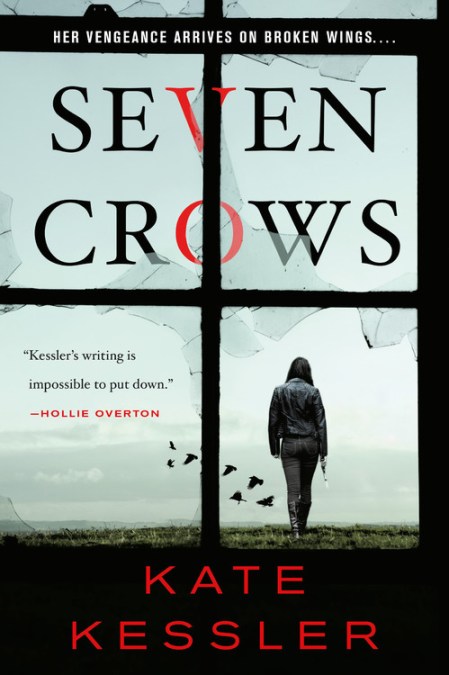 by Kate Kessler
An ex-con tracks down the men who have kidnapped her niece in this gritty and visceral thriller.
Killian Delaney has a skewed moral compass, a high threshold for pain, and has just been released from prison to discover that someone has taken her niece.
Killian does not hesitate. Loyalty is the most important thing in her life, and when she gets a call from her sister saying that her daughter is missing, Killian immediately begins hunting down the men responsible.
She quickly discovers her niece was involved with a notorious biker gang who are engaged in everything from drugs to human trafficking. And to make it worse, the man who sent Killian to jail, the one she nearly beat to death, is at the center of it all.
To save her niece, she’ll need a plan. A smart, quick, and efficient one. Because she’s going to do it right this time. She’ll burn them to the ground.
For more from Kate Kessler, check out:
The Killian Delaney Novels:
Seven Crows
Call of Vultures
The Audrey Harte Novels:
It Takes One
Two Can Play
Three Strikes
Four of a Kind
Zero Hour (novella) 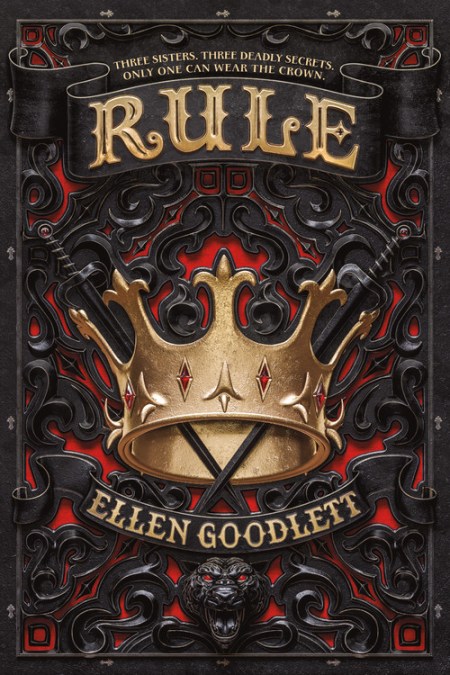 Magic, mystery, and blackmail abound in the first book of this sensational and striking fantasy duology.
Previous Page Next Page