On Revisitng Old Characters in The Great Jeff 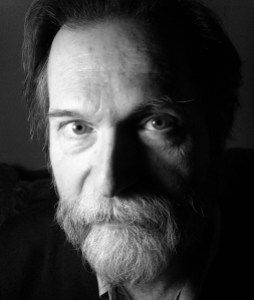 When I wrote Firegirl, published thirteen years ago now, like most readers, I had a problem with Jeff Hicks, a boy who bullied both Tom Bender, who tells the story, and Jessica, a girl whose horrific accident left her disfigured and isolated. While Tom gets to know Jessica a bit, Jeff’s response to her is unrepentantly cruel. When Tom Bender drops him as a friend at the end, I thought it was a good thing.

And it was a good thing. For Tom. But only for a while.

I’ve written before about how a few years ago, not thinking about these old characters at all, I saw a boy, and within seconds knew he was Jeff Hicks. I had privately vowed that I wouldn’t return to the world of Firegirl in another book. I’d said what I wanted to there, and had moved on to other things. But the power of Jeff’s “appearance” was striking. In that brief glimpse, the core of a new story—the gradual, then swift disintegration of Jeff’s home life—rolled over me. I felt instant sympathy for this character who, like Tom and many readers, had been left in the cold. I could say Tom left him, but in truth it was I who had left him in the cold.

Now, here he was again.

Learning his current situation, I found it heartbreaking, and knew that—like everyone we see—he had a story just as important and real as Tom’s or Jessica’s. He was just as human, he hurt and bled, got angry and laughed like we do, and was mortally terrified of losing himself to whatever bad thing was out there.

So I followed him. I shadowed him, peeked in, listened, put his words on paper, transcribing what he said and thought about his life, about his mother’s inability to keep a roof over his head. This became The Great Jeff, which I’ve never thought of as an ironic title in any way. This is his personal story, filled with Jeff-isms that will make readers weep and wince, but it’s all too common, and it’s all around us. When substance abuse meets poverty, when pride and anger combine, when safety nets are stretched too thin, people fall. Jeff Hicks is a snotty kid, fiercely angry about so many things he’s been handed to deal with, but he deserves to be helped.

Writing The Great Jeff has been one of the most rewarding experiences of my close to thirty years imagining books for younger readers. I’m deeply proud of it, as I’m proud of who Jeff becomes, and can become beyond this book. Because of his vulnerability and inner strength, and his humor, he is one of my favorite people.

I hope readers come to The Great Jeff and are able to bring him into their lives as I did.