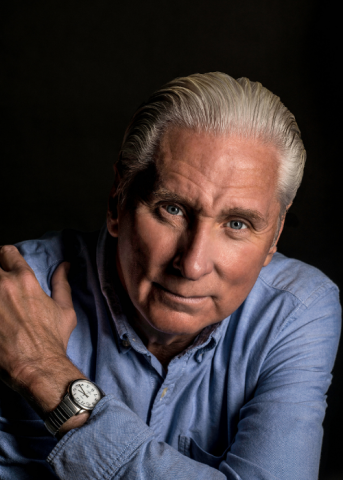 Michael Levine has been widely regarded as one of “America’s premier branding experts” (The Wall Street Journal) for the last thirty years. During his illustrious career handling media and branding for clients worldwide, he’s represented a record-breaking fifty-eight Academy Award winners, thirty-four Grammy Award winners, and forty-three New York Times bestsellers. He has worked with legends such as Barbara Streisand, Michael Jackson, George Carlin, and Charlton Heston, among many other performers and artists who have achieved the highest levels of success and acclaim. For the last 20 years, he has been a frequent and sought-after contributor with regular commentary slots on Good Morning America and the Today show. Levine has also authored 19 books, including five bestsellers, most notably Guerrilla P.R., the world’s most widely used introduction to public relations, and Broken Windows, Broken Business, considered a classic in management theory and used as a seminal text for the last 15 years, with a revised and updated version published this year. Levine is also a frequent speaker on the lecture circuit.

A college dropout from a troubled home, Levine has suffered from dyslexia from an early age. Despite a challenging upbringing, he credits his family with instilling in him an incredible will to succeed. Levine started his own PR firm, LCO (Levine Communications Office), after a move to Los Angeles. From humble beginnings, he quickly grew his business and was soon representing megastars like Joan Rivers, David Bowie, Michael J. Fox, and Rodney Dangerfield. One of the most challenging, and controversial, periods of his career was during his time as Michael Jackson’s publicist in 1993-1994 when Jackson was accused of child molestation. Levine describes this period as one of the toughest public relations challenges he’s ever faced. In addition, he has given non-paid media counsel to three United States Presidents.

Born out of his experiences advising the biggest names in Hollywood and government, Levine developed his own management theory in his breakthrough book, Broken Windows, Broken Business: How the Smallest Remedies Reap the Biggest Rewards. Originally published in 2006 and updated in 2021 to include important implications for our new and ever-changing digital world, Levine’s vital handbook has been called “inspired, impactful, and important” by Stephen R. Covey, business educator and author of The 7 Habits of Highly Effective People. In it, Levine offers compelling evidence that problems in business, large and small, typically stem from inattention to tiny details. Social psychologists and criminologists agree that if a window in a building is broken and left unrepaired, soon thereafter the rest of the windows will be broken—and the perception will build that crime in that neighborhood is out of control. Levine deftly explains how the same principle applies to any organization with stakeholders and that leadership’s decision to prioritize the little things can be the determining factor in whether a business dies or thrives. Over the last decade, Levine has shared lessons from Broken Windows, Broken Business with audiences worldwide. A popular speaker with non-profits, corporations, and associations, he has given talks at Harvard University, Oxford University, UCLA, Bill Gates Leadership Group, Nordstrom, Readers Digest, and the Manhattan Beach Chamber of Commerce, among many others.

In this headlining lecture based on his book, Levine draws on real-world corporate examples, from JetBlue's decision to give fliers what they really want—leather seats, personal televisions, online ticketing - to Google's customer-based strategy for breaking out of the pack of Internet search engines, to business-to-business firms' successes and failures, to prove how constant vigilance and an obsession with detail can make or break a business or a brand. He also provides actionable tips and advice on how businesses can focus on details, attract new clients, and become successful.

How have celebrities reached levels of success, fame, and notoriety that seem beyond the grasp of an everyday person? What do these individuals know or possess that the rest of us don’t? After 30 years in the marketing and branding business, Michael Levine has had intimate frontstage and backstage access to some of the best-known celebrities in the world and has learned what makes them tick. In this illuminating and inspiring talk, Michael lifts the veil on the culture of celebrity, discusses the secrets celebrities know, and shares the transferrable qualities audiences can use in their everyday lives to achieve epic goals.

As the bestselling public relations book of all time and used as a seminal text in college and university P.R. courses, Levine gives audiences effective tactics for waging an effective publicity campaign without going broke. Geared towards early growth start-ups, entrepreneurs, and small business owners, but with relevance to any business owner looking to save money, Levine shares helpful resources for being your own high-powered publicist, mounting your own campaign, and getting the media exposure you need to grow your business without breaking the bank.

Affected with dyslexia from an early age, Levine struggled in school to achieve the classical definition of success. He is now a world-renowned business expert, bestselling author, and sought-after speaker, and the only person to have lectured at both Harvard and Oxford universities without a college degree. In this engaging talk, Levine discusses his relationship with dyslexia, its impact on his life, and how, paradoxically, his disadvantage has given him an advantage in achieving success.

Michael Levine – Tahlequah Daily Press.com: I dropped my phone in the toilet 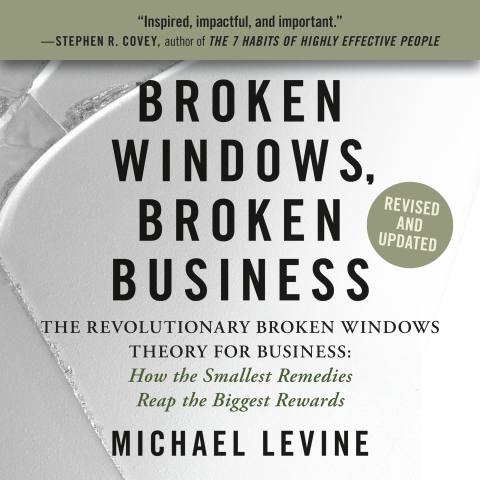 Michael Levine's speaking engagements are handled by the Hachette Speakers Bureau, a division of Hachette Book Group and an accredited member of the International Association of Speakers Bureaus. Contact us to learn more.