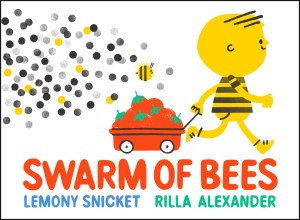 From the bestselling author of The Dark comes another brilliantly illustrated picture book that takes on an intense childhood emotion–this time, anger–in a rollicking, kid-friendly way.

Whether you’re a kid or a bee, sometimes you feel so mad, you buzz around looking for people to sting and trouble to make. See how one boy, a swarm of bees, and a whole town can get riled up and then find a way to feel better through the comfort of unconditional love and community.

Printed in a brilliant palette of primary colors, brimming with beautiful dots and stripes, Rilla Alexander’s art sings. Not since David Shannon’s No, David! have readers been given the pleasure of witnessing such uproariously terrible behavior, unbridled emotion, and ultimately, such comfort. 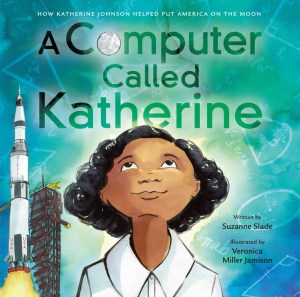 How Katherine Johnson Helped Put America on the Moon

The inspiring true story of mathematician Katherine Johnson–made famous by the award-winning film Hidden Figures–who counted and computed her way to NASA and helped put a man on the moon!

Katherine knew it was wrong that African Americans didn’t have the same rights as others–as wrong as 5+5=12. She knew it was wrong that people thought women could only be teachers or nurses–as wrong as 10-5=3. And she proved everyone wrong by zooming ahead of her classmates, starting college at fifteen, and eventually joining NASA, where her calculations helped pioneer America’s first manned flight into space, its first manned orbit of Earth, and the world’s first trip to the moon!
Award-winning author Suzanne Slade and debut artist Veronica Miller Jamison tell the story of a NASA “computer” in this smartly written, charmingly illustrated biography. 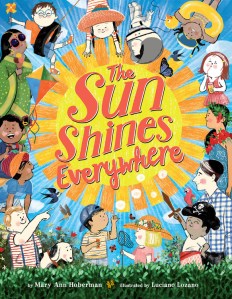 A celebration all the different people and cultures under the sun from Mary Ann Hoberman, award-winning and bestselling author of the You Read to Me, I’ll Read to You series.

Throughout history, from dinosaurs and ancient Rome to today’s bustling playgrounds and cafes, one thing binds us all together: the sun! Beloved author Mary Ann Hoberman weaves together timely themes of valuing diversity, building community, and caring for the environment in this rhyming picture book about how the power of sunshine inspires and unites us all around the world.

With joyous art from illustrator Luciano Lozano, this perfect rhyming read-aloud reminds us that all life is precious, and all life shares one sun–and the sun shines everywhere!