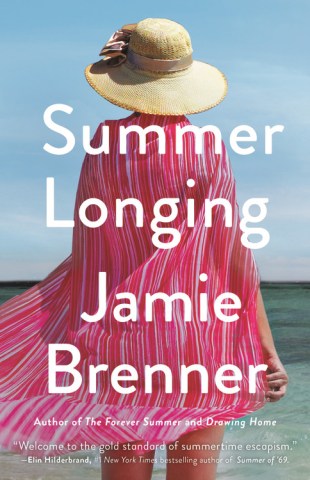 Get Updates About Online Author Events 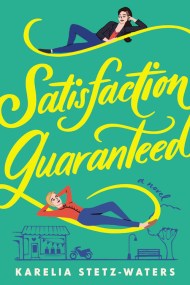 But the shop isn’t exactly vibe-ing, and Cade and Selena are on the verge of losing both their income and the possibility of love. Can they find a way to work together . . . before Satisfaction Guaranteed runs out of batteries?
Read More

This heart-wrenching novel about family and war unearths generations of secrets and sacrifices—perfect for fans of The Paris Orphan and The Lost Girls of Paris.

2017, London: When Aurelia Leclaire inherits an opulent Paris apartment, she is shocked to discover her grandmother’s hidden secrets—including a treasure trove of famous art and couture gowns. One obscure painting leads her to Gabriel Seymour, a highly respected art restorer with his own mysterious past. Together they attempt to uncover the truths concealed within the apartment’s walls.

Paris, 1942: The Germans may occupy the City of Lights, but glamorous Estelle Allard flourishes in a world separate from the hardships of war. Yet when the Nazis come for her friends, Estelle doesn’t hesitate to help those she holds dear, no matter the cost. As she works against the forces intent on destroying her loved ones, she can’t know that her actions will have ramifications for generations to come.

Set seventy-five years apart, against a perilous and a prosperous Paris, both Estelle and Lia must summon hidden courage as they navigate the dangers of a changing world, altering history—and their family’s futures—forever.
Read More

This week, we're talking to Kelly Bowen about her new historical novel, THE PARIS APARTMENT. Join us for a lively conversation and stay for the reader afterparty! 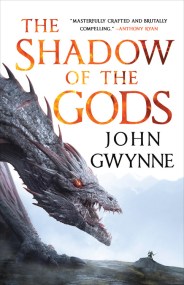 The Shadow of the Gods

From acclaimed fantasy author John Gwynne comes the first in the Bloodsworn trilogy, an epic of wild lands and wilder magic, where not all monsters fight with tooth and claw...and the treasures of the gods come at a price.
This is the age of storm and murder.
After the old gods warred and drove themselves to extinction, the cataclysm of their fall shattered the land of Vigrio.
Now, power-hungry jarls carve out petty kingdoms, and monsters stalk the shadow-haunted woods and mountains. A world where the bones of the dead gods still hold great power, promising fame and fortune for those brave - or desperate - enough to seek them out.
As whispers of war echo over the plains and across the fjords, fate follows the footsteps of three people: a huntress searching for her missing son, a jarl's daughter who has rejected privilege in pursuit of battle fame, and a thrall who has cast off his chains and now fights alongside the famed mercenaries known as the Bloodsworn.
All three will shape the fate of the world, as it once more teeters on the edge of chaos.
For more from John Gwynne, check out:
Of Blood and Bone
A Time of Dread
A Time of Blood
A Time of Courage
The Faithful and the Fallen
Malice
Valor
Ruin
Wrath
Read More

Join authors John Gwynne and K.S. Villoso for a conversation about writing epic fantasy trilogies and their new books, The Shadow of the Gods and The Dragon of Jin-Sayeng. 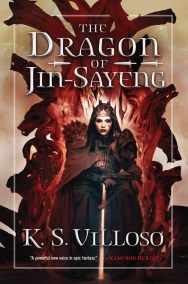 In The Dragon of Jin-Sayeng, the queen of a divided land must unite her people against the enemies who threaten to tear her country apart. K. S. Villoso is a "powerful new voice in fantasy." (Kameron Hurley)
Queen Talyien is finally home, but dangers she never imagined await her in the shadowed halls of her father's castle.

War is on the horizon. Her son has been stolen from her, her warlords despise her, and across the sea, a cursed prince threatens her nation with invasion in order to win her hand.
Worse yet, her father's ancient secrets are dangerous enough to bring Jin-Sayeng to ruin. Dark magic tears rifts in the sky, preparing to rain down madness, chaos, and the possibility of setting her nation aflame.
Bearing the brunt of the past and uncertain about her future, Talyien will need to decide between fleeing her shadows or embracing them before the whole world becomes an inferno.
The Chronicles of the Wolf Queen
The Wolf of Oren-yaro
The Ikessar Falcon
The Dragon of Jin-Sayeng

"The stunning conclusion of the Chronicles of the Wolf Queen series is filled with high-stakes action, emotions, and magic, with an ending that will not disappoint." (Library Journal, starred review)

Join authors John Gwynne and K.S. Villoso for a conversation about writing epic fantasy trilogies and their new books, The Shadow of the Gods and The Dragon of Jin-Sayeng. 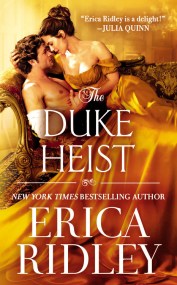 A woman accidentally kidnaps a duke in this fabulous Regency romp that Bridgerton author Julia Quinn hails as a "delight."

Chloe Wynchester is completely forgettable—a curse that gives her the ability to blend into any crowd. When the only father she's ever known makes a dying wish for his adopted family of orphans to recover a missing painting, she's the first one her siblings turn to for stealing it back. No one expects that in doing so, she'll also abduct a handsome duke.

Lawrence Gosling, the Duke of Faircliffe, is tortured by his father's mistakes. To repair his estate's ruined reputation, he must wed a highborn heiress. Yet when he finds himself in a carriage being driven hell-for-leather down the cobblestone streets of London by a beautiful woman who refuses to heed his commands, he fears his heart is hers. But how can he sacrifice his family's legacy to follow true love?

"Erica Ridley's love stories are warm, witty and irresistible. I want to be a Wynchester!" —Eloisa James 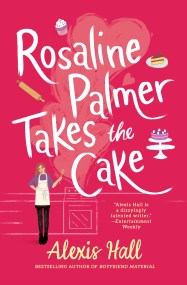 LGBTQ Reads: Most Anticipated Adult LGBTQAP Fiction 2021
We Are Bookish: Spring Releases to Have on Your Radar


Following the recipe is the key to a successful bake. Rosaline Palmer has always lived by those rules—well, except for when she dropped out of college to raise her daughter, Amelie. Now, with a paycheck as useful as greaseproof paper and a house crumbling faster than biscuits in tea, she’s teetering on the edge of financial disaster. But where there’s a whisk there’s a way . . . and Rosaline has just landed a spot on the nation’s most beloved baking show.

Winning the prize money would give her daughter the life she deserves—and Rosaline is determined to stick to the instructions. However, more than collapsing trifles stand between Rosaline and sweet, sweet victory.  Suave, well-educated, and parent-approved Alain Pope knows all the right moves to sweep her off her feet, but it’s shy electrician Harry Dobson who makes Rosaline question her long-held beliefs—about herself, her family, and her desires.

Rosaline fears falling for Harry is a guaranteed recipe for disaster. Yet as the competition—and the ovens—heat up, Rosaline starts to realize the most delicious bakes come from the heart.
Read More

Join Alexis Hall to discuss baking, books, and Bake Expectations. Showing off your own bakes (or bake-fails) is highly encouraged!