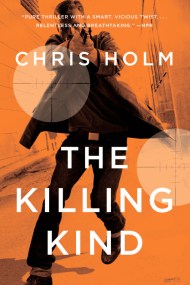 Michael Hendricks kills people for money. That aside, he's not so bad a guy.

Once a covert operative for a false-flag unit of the US military, Hendricks was presumed dead after a mission in Afghanistan went sideways. He left behind his old life -- and beloved fiancée -- and set out on a path of redemption...or perhaps one of willful self-destruction.

Now Hendricks makes his living as a hitman entrepreneur of sorts -- he only hits other hitmen. For ten times the price on your head, he'll make sure whoever's coming to kill you winds up in the ground instead. Not a bad way for a guy with his skill-set to make a living -- but a great way to make himself a target.
Read More 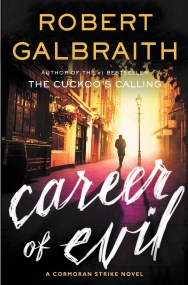 When Robin Ellacott opens an unexpected delivery, she is horrified to discover that it contains a woman's severed leg.
Her boss, private detective Cormoran Strike, is less surprised but just as alarmed. He suspects that four people from his past could be responsible -- and any one of them is capable of sustained and unspeakable brutality.
With the police focusing on the one suspect Strike has essentially ruled out, he and Robin take matters into their own hands and delve into the dark and twisted worlds of the other three men. But as more horrendous acts occur, time is running out for the two of them . . .
Career of Evil is the third in J. K. Rowling's highly acclaimed series featuring private detective Cormoran Strike and his assistant Robin Ellacott. A fiendishly clever mystery with unexpected twists around every corner, Career of Evil is also a gripping story of a man and a woman at a crossroads in their personal and professional lives.
Read More 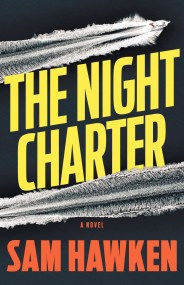 Exactly one year ago, Camaro Espinoza killed five bad men in New York City and fled town. Now she's keeping a low profile in Miami, running night charter catch-and-release fishing trips off the coast. It's a simple life for a former combat medic. But it wasn't easy to come by. Camaro plans to do everything she can to hold onto it.

Trouble comes knocking in the form of Parker Story, a man in over his head with all the wrong people. Parker wants to book Camaro's boat to run a small errand off the coast of Cuba. Camaro knows she shouldn't get involved. But Parker's got a teenaged daughter named Lauren, and Parker's associates have threatened to harm her if the mission doesn't go off without a hitch. Camaro has never met the girl. Barely seen her picture. But that doesn't mean she can ignore her plight.

Camaro's used to being wanted -- by men good and bad, by soldiers wounded on the field of battle, by the long arm of the law. But she's never been needed before. Not the way Lauren needs her. Joining forces with Parker, Camaro soon finds herself in the midst of double crosses, international intrigue, broken promises and scattered bullets. Even a skilled warrior like herself may not be able to escape unscathed.
Read More 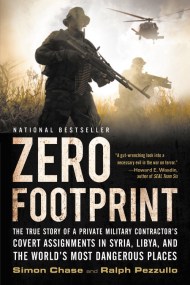 This national bestseller is a dramatic insider account of the world of private military contracting.

Armored cars, burner phones, top-notch weaponry and top-secret missions -- this is the life of today's private military contractor. Like author Simon Chase, many PMCs were once the world's top military operatives, and since retiring from outfits like US Navy SEAL TEAM Six and the UK's Special Boat Service, they have devoted their lives to executing sensitive and hazardous missions overseas.

Working at the request of U.S. and British government entities as well as for private clients, he takes on jobs that require "zero footprint," with no trace of their actions left behind. Chase delivers firsthand accounts of tracking Bin Laden in Afghanistan and being one of the first responders after the attack on the U.S. Consulate in Benghazi. We see his teams defuse terrorist bombs, guard dignitaries, and protect convoys traveling through perilous territory -- and then there are the really big jobs: top-secret "zero footprint" missions that include searching for High Value Targets and setting up arms shipping networks.

The missions in Zero Footprint will shock readers, but so will the personal dangers. Chase and the men he works with operate without government backup or air rescue. If they die serving their country, they remain anonymous. There are no military honors or benefits. Contractors like Simon Chase are the unsung heroes in the war against terrorism, a strong, but largely invisible force -- until now.
Read More 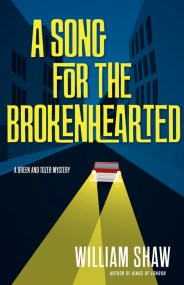 A Song for the Brokenhearted

The earthshaking decade of the 1960s comes to a sweeping and dangerous close, as William Shaw's detective duo battle the most powerful members of London society.

After being wounded in the line of duty, Detective Sergeant Breen recuperates on the family farm of his former partner, Helen Tozer. To fill the long and empty hours, he reviews the open case file for a murder that has haunted Helen for years: that of her younger sister. Breen discovers that the teenage victim had been having a secret affair with James Fletchet, the son of an affluent local landowner, celebrated for his service in Kenya during the Mau Mau Uprising.

Breen and Tozer return to London's Criminal Investigation Division, where their questions about Fletchet's past are met with resistance and suspicion. The deeper they probe, the more people they implicate in their investigation. New Scotland Yard doesn't look kindly upon breaking rank, and it's only a matter of time before Breen and Tozer make themselves a target. 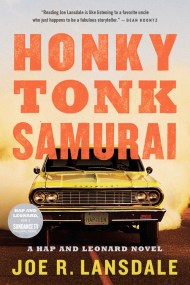 Only Hap and Leonard would catch a cold case with hot cars, hot women, and ugly skinheads.

The story starts simply enough when Hap, a former 60s activist and self-proclaimed white trash rebel, and Leonard, a tough black, gay Vietnam vet and Republican with an addiction to Dr. Pepper, are working a freelance surveillance job in East Texas. The uneventful stakeout is coming to an end when the pair witness a man abusing his dog. Leonard takes matters into his own fists, and now the bruised dog abuser wants to press charges.

One week later, a woman named Lilly Buckner drops by their new PI office with a proposition: find her missing granddaughter, or she'll turn in a video of Leonard beating the dog abuser. The pair agrees to take on the cold case and soon discover that the used car dealership where her granddaughter worked is actually a front for a prostitution ring. What began as a missing-person case becomes one of blackmail and murder. 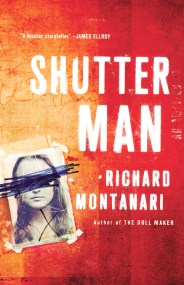 Plagued with a rare disease that prevents him from recognizing faces, Billy carries a photograph in his pocket that is his only way of identifying his next target. Killing is in Billy's bloodline, as a member of Philadelphia's dangerous Farren crime family.

While Billy stalks Philadelphia, Detective Kevin Byrne is assigned to a series of bizarre home-invasion cases and is joined by his former partner-turned-assistant district attorney, Jessica Balzano. Their investigations circle Byrne's childhood neighborhood of Devil's Pocket, and they find themselves revisiting a crime from Byrne's past that has haunted him for decades. What Byrne witnessed as a child in Devil's Pocket jeopardizes the Farren family -- which makes him the next target on Billy's hit list. A multigenerational story of hardship, guilt, and redemption, Shutter Man is Byrne and Balzano's most tense and personal case to date. 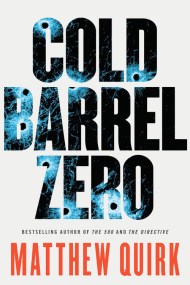 John Hayes is a Special Operations legend who went rogue on a deep-cover mission and betrayed his own soldiers. Disgraced and on the run, he returns to the United States to get back to his wife and daughter and take revenge on his accusers with a series of devastating attacks.

Only one man can stop him: Thomas Byrne. He once fought alongside Hayes as a combat medic, but he gave up the gun. Now a surgeon, he moves from town to town, trying to forget his past, until he is called upon by a high-ranking government official to help capture the man he once called a friend. Hayes and Byrne were once as close as brothers, but with the fate of the nation hanging in the balance and nothing as it seems, both men must decide whom to trust -- and whom to betray.

In a final, explosive battle for justice, they face off along a rifle's cold barrel. Cold Barrel Zero brings together the blistering pace of Lee Child, the nonstop action of Brad Thor, and the richly drawn characters and moral stakes of Daniel Silva. An experienced reporter armed with deep behind-the-scenes research into America's Special Operations Forces, Quirk takes the military thriller to a new level of suspense.
Read More