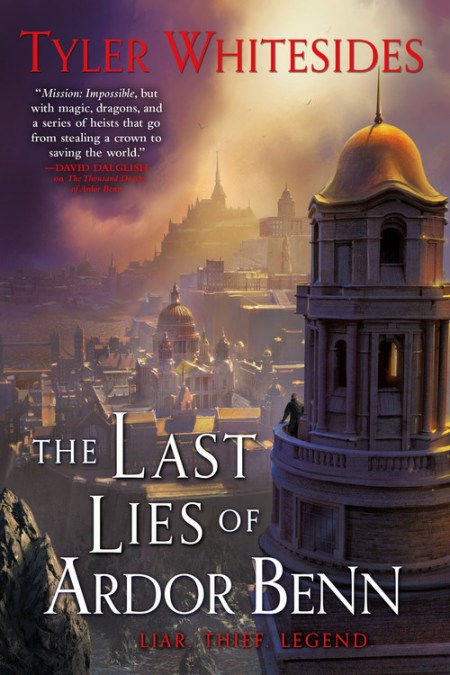 The Last Lies of Ardor Benn

by Tyler Whitesides
"Whitesides sticks the landing in his conclusion to the Kingdom of Grit trilogy" (Publishers Weekly).
The final book in an action-packed epic fantasy series set in a world with dragon-fueled magic where master con artist Ardor Benn takes a job to steal a living dragon.
Ardor Benn has taken his lies to a new level, infiltrating high society so he can steal a priceless resource. But now that he's on the inside, he finds himself poring through ancient texts, searching for answers to his deepest questions. He discovers something is coming. Something world-ending.
Now, an old enemy is extorting him for one last job. Steal a live dragon. He doesn't know how, and he doesn't know why. But he's got a feeling that it's a job he has to take. Only problem is, Ard's running short on time and shorter on lies. And his personal ambitions are alienating all of his allies.
With no one else to rely on, he'll have to trust the one person nobody else does: himself.
Kingdom of Grit:
The Thousand Deaths of Ardor Benn
The Shattered Realm of Ardor Benn
The Last Lies of Ardor Benn 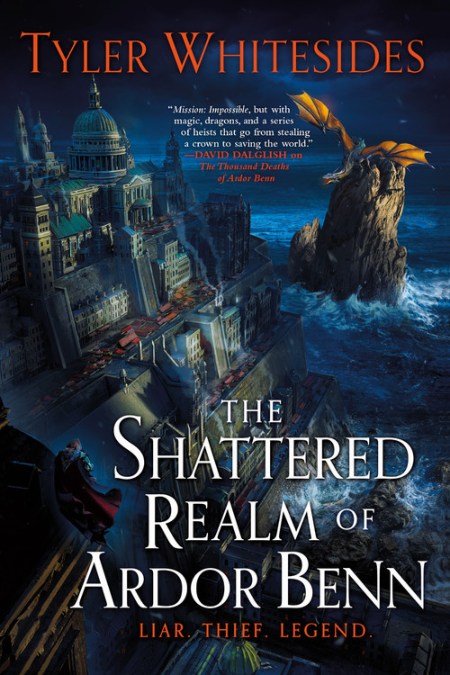 The Shattered Realm of Ardor Benn

by Tyler Whitesides
“The enjoyable blend of intrigue, lighthearted escapades, and thrilling action brilliantly sets the stage for the series’ conclusion. Readers will be thrilled.” (Publishers Weekly)
The second in an action-packed epic fantasy series: In a world with dragon-fueled magic, master con artist Ardor Benn must infiltrate a centuries-old secret organization to find a missing royal heir.
Ardor Benn saved civilization from imminent destruction, but his efforts brought war to the kingdom. It is believed that the rightful rulers have all been assassinated. However, a young heir might have survived.
An ancient organization known as The Realm is behind the chaos, working from the shadows. Under the anonymity of masks, information is distributed sparingly.
Ard’s been hired to infiltrate them, but he’s got competition from an old friend. One who’s set to prove she’s better than the self-proclaimed “Ruse Artist Extraordinaire.”
If Ard can’t find the heir then his world may again approach ruin. Stopping the complete and utter collapse of civilization is quickly becoming Ard’s specialty.
Kingdom of Grit:
The Thousand Deaths of Ardor Benn
The Shattered Realm of Ardor Benn
The Last Lies of Ardor Benn 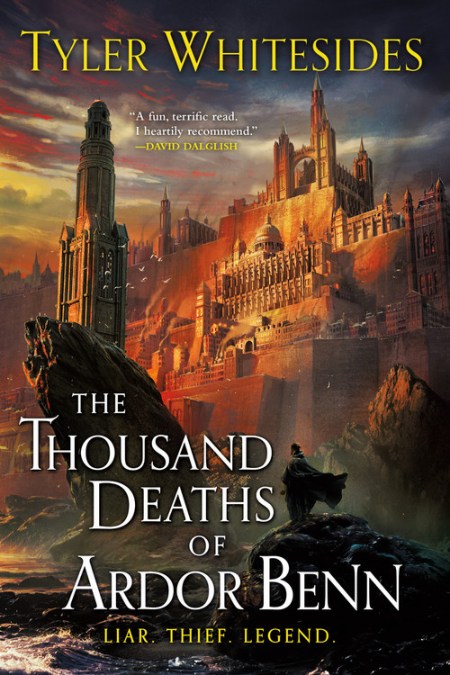 The Thousand Deaths of Ardor Benn

Ardor Benn is no ordinary thief. Rakish, ambitious, and master of wildly complex heists, he styles himself a Ruse Artist Extraordinaire.

When a priest hires him for the most daring ruse yet, Ardor knows he’ll need more than quick wit and sleight of hand. Assembling a dream team of forgers, disguisers, schemers, and thieves, he sets out to steal from the most powerful king the realm has ever known.

But it soon becomes clear there’s more at stake than fame and glory — Ard and his team might just be the last hope for human civilization.

Discover the start of an epic fantasy trilogy that begins with a heist and quickly explodes into a full-tilt, last ditch plan to save humanity.